Lucy Anidjah
Following her incredibly brave battle against cancer, Lucy sadly passed away on 10th May 2014.

Ken Anidjah
Ken was a wonderful husband and father to four children and eight grandchildren who recently celebrated his 70th birthday. Ken’s youngest daughter Lucy Anidjah was diagnosed with Ocular Melanoma in 2010 from which she recovered. However sadly a year later, a routine check up showed it had gone to Lucy’s liver and she was given months to live. Ken and Ann having already lost their eldest daughter Jane to a brain tumour eight years ago were determined not to be beaten again and with Lucy they diligently set about finding a treatment anywhere in the world.

Ken, Ann and Lucy travelled to Germany to try a drug which unfortunately did not make enough of a difference, however the Professor they met in Germany noticed Professor Dalgleish’s name on a scan report and said “I know him, go and see him, he is the best”.

We immediately set up an appointment and met Professor Dalgleish and we have not looked back since. Nearly two years on Lucy is making amazing progress with the help of Gus’s vaccine and still carries out her day to day activities running her 8 year old daughter around. Lucy had many doors closed on her as she desperately tried to find a treatment. Once we found Gus that desperation disappeared because Gus is so pro-active and kind and encouraging. Ken said he had never met anyone quite like Professor Dalgleish and he knew how fortunate we were to find him.

With this in mind Ken was very keen to give something back to Gus and had already started plans to instigate dramatic improvements and change to the car park at St George’s Hospital, Tooting. The plans had been done and shown to Professor Dalgleish and the idea was to also incorporate a centre of excellence that would help Gus expand his medical research with potential for a new oncology wing.

Ken sadly died on 16th July. He had not been well so it was a complete shock to his family and he will be hugely missed. Ken was determined to do something that would help the Professor and it is tragic that Ken will not be around to continue this. However, we have asked all those attending his funeral and in his memory going forward, to donate to the CVI as we know that is most definitely what Ken would have wanted. Ken also attended with his wife Ann, daughters Lucy and Julie and son Stephen the Helen Feather Ball held at the Hurlingham Club last October and our table managed to raise £12,000 which was wonderful.

We hope that with Gus’s continuous dedication and creative determination with the CVI, that one day Ocular Melanoma and other cancer related illnesses will be a thing of the past. 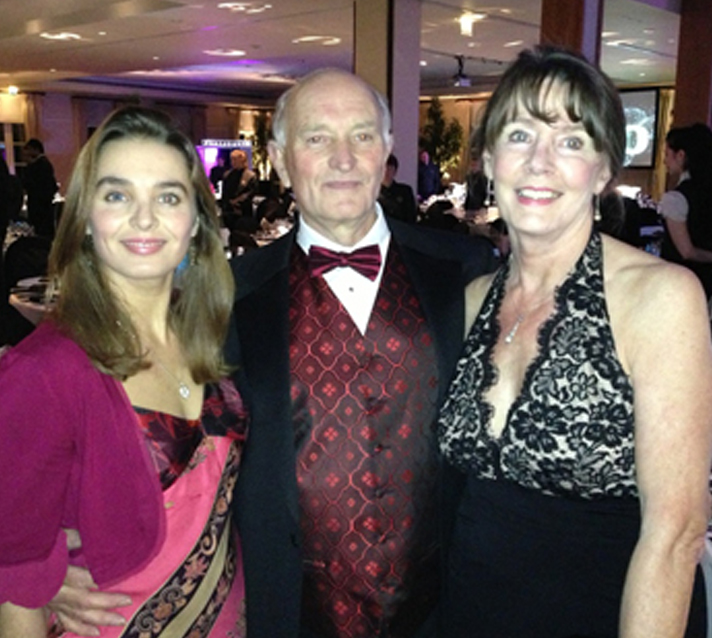