ICVI were delighted to be chosen by Global Asset Managers (GAM) as the beneficiaries of their annual football tournament played at Stamford Bridge. The opportunity to kick a ball on the hallowed turf attracted 16 teams of City financial companies, including Citywire, JP Morgan, St James’s Place, and Credit Suisse as well as our very own ICVI team. To see the ICVI logo running round the pitch and projected on the corner boards at such a globally recognised and famous institution filled all of us at the ICVI with immense pride.  Furthermore we had the former Chelsea and England player, Graeme Le Saux, hosting the event. In total the event raised a fantastic £16,410.27 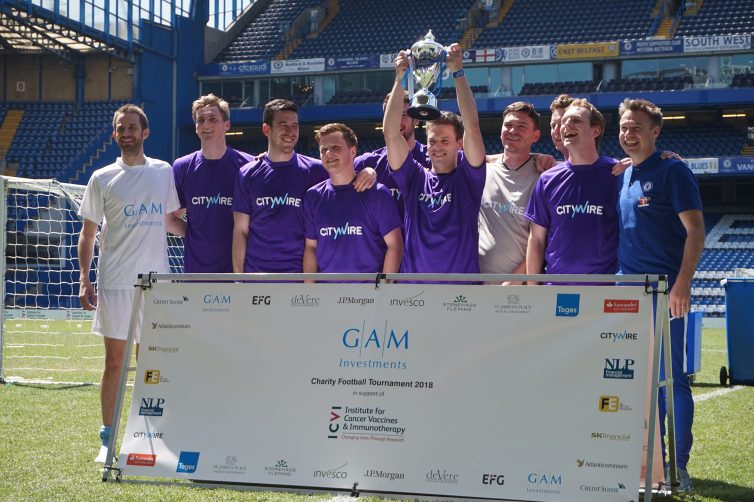 “I am delighted that the ICVI was proposed as the charity for us to support at this year’s event. It was a pleasure and an honour to meet those of you who attended to represent the charity and for us to be in a position to help with your fund raising efforts.”
Douglas Branson, GAM Investments

The tournament was played in great spirit by all teams and was finally although convincingly won by Citywire. The ICVI team made it to the semi-final but were knocked out by SJP.  Ironically this is where Sammy Johns used to work and is the reason the event came to fruition. Her husband, Johnsie made a touching speech thanking all those who played, donated and supported such a glorious and successful day. 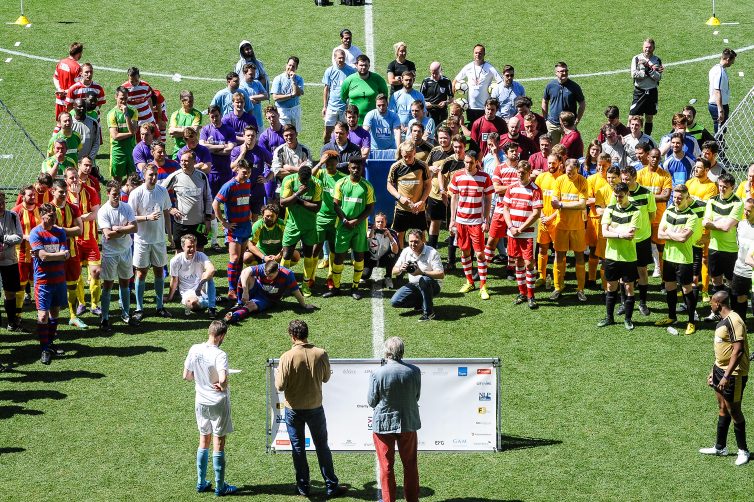